Somewhere between 6 million and 12 million children have been blessed with gay parents. Yet, gay and lesbian parents continue to struggle on a daily basis with the challenges of a homophobic society and institutionalized oppression. Gays and lesbians are the only population facing restrictions on the rights and privileges of parenthood. When it comes to parenting, as well as other civil rights, gays and lesbians are de facto second class citizens:

The Role of Research on Gay Parenting

Despite social and legal obstacles, lesbians and gay men have often succeeded in creating and sustaining meaningful family and parental relationships. An American Psychological Association review of extensive research evidence dating back 40 years found that there appears to be no disadvantage rendered to children raised by gays and lesbians, and instead may result in several distinctive enhancements. For example, children of lesbian or gay parents showed increased empathy and tolerance for differences.

One important distinction in LGBT families is between families in which children were born or adopted in the context of heterosexual marriages that later dissolved when one or both parents came out as gay or lesbian, relative to those in which children were born or adopted after parents had affirmed their sexual identities. Families of the first type have undergone the tensions and reorganizations characteristic of parental divorce and separation, whereas families of the second type have not necessarily experienced these transitions.

Apart from the ethnic, religious, economic, and other forms of diversity that characterize other families, additional forms and variety of parenting options exist within the construction of gay and lesbian families. For instance, a lesbian couple and a gay couple may agree to conceive children together and raise them jointly. Variants on this kind of arrangement might involve a gay couple and a single lesbian, or a lesbian couple and a single gay man. Large extended family systems of biologically unrelated adults and their children is also possible.

In her study of fathers, Gillian Dunne, senior research fellow at the Gender Institute of the London School of Economics, found that gay dads tended to be more compassionate toward their kids and were "interested in extending their masculine identity to embrace nurturing qualities." Gay fathers also organized around commitment to children, with 25 percent of those surveyed working less than 30 hours a week in order to commit to parenting. Dunne believes that most men become fathers "without really giving it much thought. "But if a gay man has gone through all the trouble to think through and opt into fatherhood and overcome the obstacles, he is probably more likely to be actively involved in routine child care than other fathers."

Dunne also found that gay men were deeply involved in ways not limited to traditional fatherhood— donating sperm to women friends, usually lesbians; adopting; foster parenting; and enlisting a surrogate mother. "In Britain," said Dunne, "about 50 percent of divorced fathers lose contact with their children within a year of their divorce, whereas divorced gay men were still actively involved in their children’s lives; many were actively co-parenting or were main (caretakers)." Friendships maintained with ex-spouses, she said, paves the way for gay fathers—who Dunne says tended to be "egalitarian type of men" when they were married"—to continue being actively involved in caring for their children.

The process of coming out, Dunne said, seems to make gay fathers more willing to challenge traditional gender roles and masculine stereotypes and "less frightened of the human qualities of nurturing and empathy and sensitivity." Almost unanimously, Dunne reported, the gay fathers in her study felt that "children had much to gain from growing up with a gay dad," with a major benefit being tolerant.

Impact of Gay Parenting on Children

Research studies on children in gay or lesbian households unanimously assert that the sexual orientation of moms or dads has no impact on their kids' sexuality, gender identity, or any other aspect of their psychological and emotional development. Not surprisingly, a recent paper published in the American Sociological Review finds that while the emotional and mental health of youngsters with heterosexual or gay parents is essentially the same, the offspring of lesbians and gays are more likely to accept non-traditional gender roles and are more tolerant of same-sex relationships.

Teenage boys were more sexually restrained than peers from heterosexual households and were likely to be more nurturing and affectionate than their counterparts in heterosexual families. Daughters of lesbians were more likely to not conform to sex-typed roles, showing greater interest in activities and occupations that are not traditionally female.

Children of gays and lesbians also formed friendship bonds with their peers as easily as kids of heterosexuals, despite the harassment and teasing they were subjected to. Daughters of lesbians tended to have higher self-esteem, and sons were more caring and less aggressive relative to peers from heterosexual households. A 1994 study conducted by Charlotte Patterson revealed that children of lesbians exhibited "a greater overall sense of well-being" than kids of heterosexuals, perhaps because their moms forced fewer "sex-typed" preferences upon them.

Click here for more on depression therapy in the LGBT community.

Click here for more on LGBT domestic abuse and violence in my Denver Gay therapy practice.

Click here for FAQs about Coming Out in my Denver Gay couples counseling practice.

Click here for more on grief counseling in my Denver Gay counseling practice.

GLOW (Gays and Lesbians Out and Well) is psychotherapy and counseling with a gay-affirming focus for the Denver, Colorado, LGBT community. GLOW specializes in helping Gay, Lesbian, Bisexual, and Transgender (LGBT) persons come out and grow emotionally, psychologically and spiritually. GLOW’s gay counseling is based on the premise that sexuality, creativity, and spirituality are intertwined and dependent on the affirmation of an authentic self-identity. Our work is informed by a philosophy that seeks equality and mental health and wholeness for all people. Click here to learn more about my approach to LGBT issues.

Silence about sexual issues is the great killer of relationships. It is common for people to encounter sexual problems, at any age. Women may experience arousal and orgasm difficulties, low sex drive, or pain during intercourse, while men may struggle with erectile dysfunction, premature ejaculation, and low libido. What is uncommon is for people to speak and do something about those problems before they irreparably damage their self-esteem and relationships. To learn more about Sex Therapy options, click here.

We can talk about options for a healthier, more satisfying, and productive life. Sexual addictions or compulsive behaviors can take over your life, whether it be internet pornography and cybersex, phone sex lines,strip clubs, bath houses, bookstores, cruising spots, or any other form of anonymous sex. It leaves you feeling empty and alone. Click here to learn more.

The causes of your distress may be immediate or rooted in your history. It may be difficult to tell the difference between the source of your stress, anxiety, grief, or discomfort, and your current struggles. You may even try to correct the wrong problems. You may suppress, avoid, or even self-medicate trauma with compulsive behaviors or addiction. There is HELP and HOPE for current or past trauma, PTSD, and abuse! Call GLOW Now or click here to learn more! 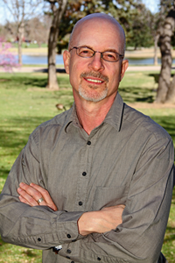